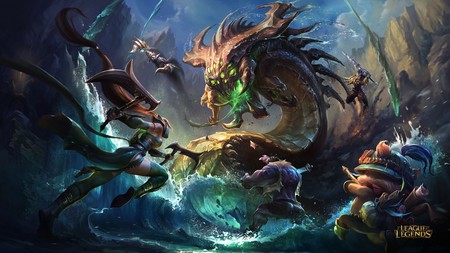 There are professional players, there are high elo players, there are elo boosters and there are streamers. The League of Legends streamers gives a lot of content for the community and the game itself, even some of them, that are also youtubers (or not), can directly help on the game’s development. For example, Manute, an EUW One Trick Mordekaiser was called when Mordekaiser was about to get reworked to help with the rework. But let’s mention a few here and why are they famous:

Of course Faker needed to be here. The most well known video games player ever. Many consider that Faker has no charisma, however, he doesn’t need it, he still has more than 2 million subscribers in Twitch. Everyone knows how good Faker is, 3 world cups under his arm, insane mechanics and game knowledge. People know how good Faker is and will watch him smashing the enemies, even in his elo. Faker is always in challenger and always playing trying to get even better and better. At this moment he has some competition. Well, he always had, at least in Solo Q. Dopa, one of the best or directly the best Solo Q player in the world, but his stream is only available on China.

A NA streamer that is well known for trying to do an Unranked to Challenger top 1 in every server he could. He did it in NA, in LAN, in TR, in EUW and tried in KR, but before achieving it he was banned. NA streamers can be very good players, like him, but usually have an annoying attitude in the chat. TF Blade is a top main with amazing skill. Main Jax, Camille, Tryndamere and Irelia. Only split pushers, but managed to achieve Rank 1 multiple times in his own server and others. How? Simple. Being skilled, you can take a look at his stream and learn how good a player can be, fighting in top, smashing lane, freezing lane, and everything related to wave management, he will not explain it, but you can watch it.

This can be the favorite of many. His character is very tilted every time, he hit the table over and over, yells a lot and plays Yasuo. Who would tell? But, actually, his Yasuo is one of the best, with insane mechanics and very good and his game style is a Yasuo style. Aggressive, suicidal, 0/10/1 sometimes, and, of course, flamer. For some, this is very fun to watch.

The only person ID banned for Riot. Draven One Trick, once, a troll without headquarters, now, a walking meme. He’s main adc but did a challenge of achieving jungle only playing jungle to prove jungle is the best role and the easiest role in the game, he made it but after 1k games, more or less. He does very funny stuffs and comments most of the time, he’s more a character than a player at this point.