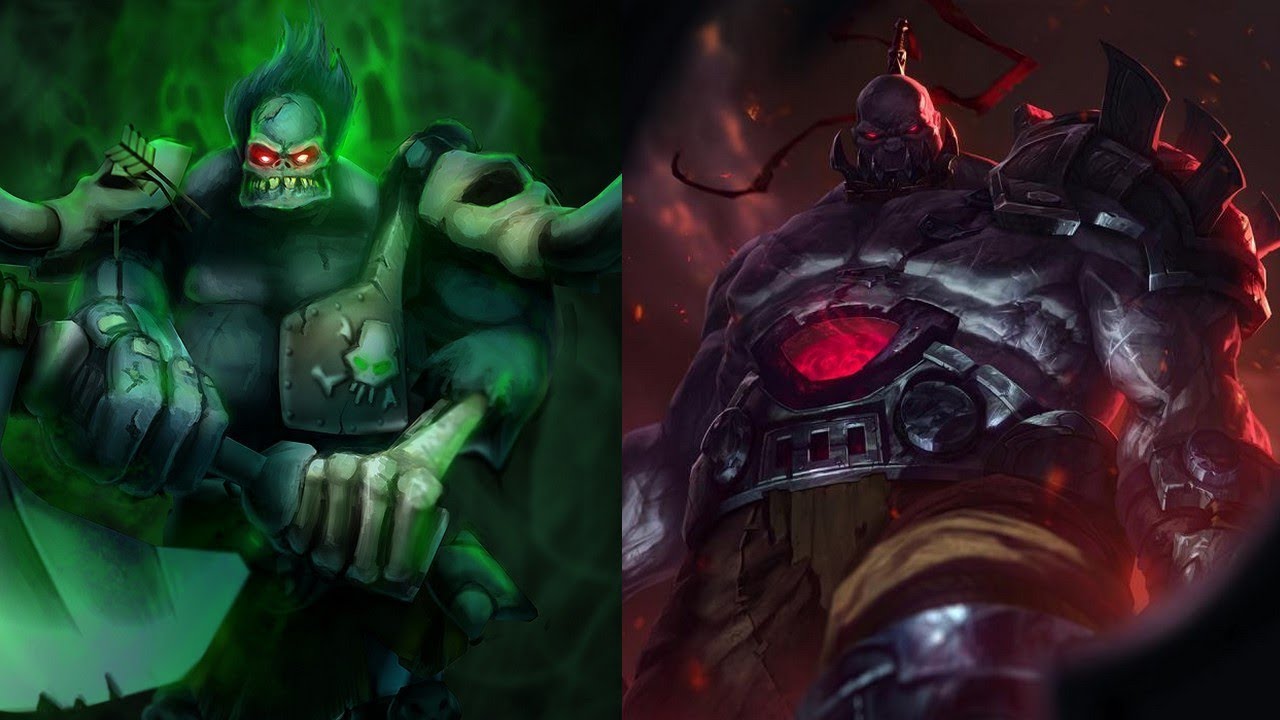 League of Legends was released on 2009 with less than 50 champs, many of them, were pretty different as they are now. They were much more OP, more basic and, as we can’t forget, much more ugly. Champions like Jax needed to be removed from the game for a while because he was so OP. In that time he could perma dodge, even without his Counter-strike turret shots, he was able to directly dive you on the fountain without even receiving damage! That’s why he says “Surprise, I’m back!”, because they added the phrase when he came back into the game, still op, but not that OP.

Once upon a time, Kassadin had 99% ban rate. he wasn’t removed from the game like Jax, for some reason, but he was directly the most OP champion in the game by far. It doesn’t matter what did you pick, Kassadin was a literally insta win. His damage, his CD’s, his maná costs was very different, in a good way from him. Just image Kassadin level 16. With R every 2 seconds, but image that at lv6. Something like that was old Kassadin. Same with Master Yi, but he didn’t have that ban rate percentage, and he was AP instead of AD. Correct. Yi healed a lot with his W, even more than now. Those were dark times, for everyone, but for the Yi Players, or Kassadin players. Of course none of them was able to pick Kassadin in Solo Q. But for some reason Kassadin and Xpeke did one of the best backdoors ever, actually, backdoors are named “Xpeke” due that. One of the best backdoors in professional scene.

All those champions were so OP, that OP that Riot needed to nerf them or directly change them, others, like Urgot, simply didn’t have any position on the rift, they were ugly, they had some op abilities, but not enough to be considered as champions, they were just… things. For luck of everyone, Riot decided to change their appearance and, for some of them, gameplay change. Champions update are huge, the first champion updated was Kayle, 10 years ago. The last update was Udyr, but it wasn’t a Gameplay update, it was just a visual update, a small one, in the future they will change his gameplay. The last visual and gameplay update was Volibear, and an interesting fact, Volibear is the first and only champion this far with knock up animation!

The next champion in get a visual and update gameplay will be Dr. Mundo. Finally, his gameplay is kinda weird, but he will probably have his healing abilities still. That will be in 2021, and then, we don’t know when, Nocturne, Shyvana, Udyr, Quinn, Shaco, Cho’Gath, Rammus and Skarner. Riot effors even more in reworks, because they already have players, and they can’t disappoint them