Let’s get started, League of Legends is a very funny and nice game, when you are leveling your account you find some nice people (or not), some nice games, exciting champions, new strategies to play the game, to enjoy, and that’s nice, that’s beautiful.

But then you hit level 30, buy at least 20 champs (this far), and, ¡oh! Suddenly there’s a new option, a new game mode, Ranked Solo/Duo. Which is basically to prove yourself and rise in the Ranked League system, which use the Elo rating system 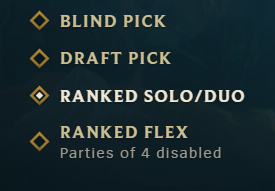 How does this system work?, well it is pretty simple, first you’ll be Unranked, to know your actual rank you’ll need to play 10 Placement games, between them you’ll see how you are earning 70, 60, 40 LP (League Points) per win and losing 0, this is just during the placements, so, right completed you’ll be in your “actual rank”, everything seems simple, right?, because it is.

There are 9 leagues, each with 4 divisions. From left to right: Challenger, Grandmaster, Master, Diamond, Platinum, Gold, Silver, Bronze, Iron.

To jump divisions, the lowest being IV (4), you’ll need to win 100 LP in total to get in promo, and here, is where things get complicated. Promo is a system to “achieve” the next division, it’s the best of 3, you’ll need to win 2 of 3 to get the next division (from IV to III), but when you lose… you truly lose, because image you won the first game, then lose the next 2 and now you are at 60 LP. Literally playing 5 games in a row just to be worse than before.

The thing is actually much worse when you are trying to win a League promo, if you lose 3 in a row, because you had a XxXSmurf_YasuoXxX in your team in every game, then you lost around 60 LP, now you have to win all the games you won before again, and right after, try to win the promo again. Being, of course, a nightmare.

The League system actually is unfair sometimes, that’s why services like elo boosting exist, and websites like this provides it, because, despite the promo, there are players with much more years of experience that will help you to fix those ranked mistakes. How so?  Well usually there are 2 main options, one where a high elo experienced player plays in your account, to win that promo, or even much more (everything you want to, actually), or a high elo player playing with you, of course trying to help you to improve.

Maybe the ranked system seems unfair for the unmentioned weird matchmaking, like silver 4 playing, somehow, with gold 2, there’s a whole league and division of difference. Or also giving less LP than it should every game, giving you more XDUchiha_Slayer69XD players which just spam the mastery over and over. Yes, the system is, sometimes, unfair, why? That’s a very good question.

Luck of many the elo boosting exist, and some prestige websites are able to give that kind of services, because of its reputation, its experience and its reliability. The system probably doesn’t want you to climb, but they do. And it also can be watched this way: If you play with better players, then you’ll need to play better to stay there, and if you don’t stay there, due trolls and the system, then you’ll still have an option. 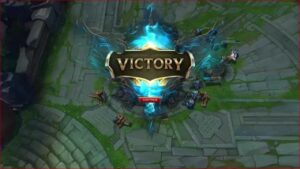