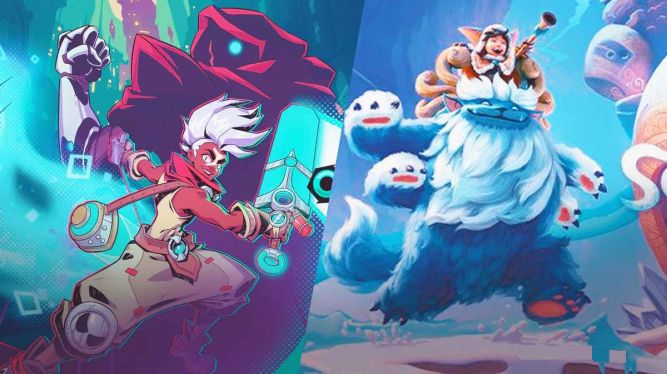 Riot Games, the developers of League of Legends, recently expressed worry over the state of competitive lines and hinted at the possibility of removing Duo queue in a blog post.

They first talked about narrowing in on the competition. The developers highlighted Competitive Integrity, which deals with preventing any kind of unfair advantage or disadvantage in competitive battles. Team or Organized Play is when players are aware of and take advantage of opportunities to play with others who share their objectives and abilities, and Progression Opportunities implies that players always have worthwhile goals to work toward.

They “evaluate these goals by reviewing player sentiment and other metrics such as match availability (time to queue), match quality (are matches competitive and fair), and whether or not matches are compelling to participate in” (are they satisfying, do they deliver on player intent, and do they offer a sense of progression).

Several problems with overall competitive matchmaking were identified and will be addressed in the near future.

A player’s “Revival MMR” is their projected matchmaking ratio after returning to the game after a layoff of any length. It is said that “we are implementing a more dynamic approach to Revival MMR and MMR decay across all queues” to help players get better matches in their first 5-10 games back while they reacquaint themselves with the game and regain their muscle memory and game expertise in League of Legends.

The developers also addressed the issue of “boosting,” in which players with low MMR are placed in a preconfigured Ranked Flex lobby with players with high MMR, and the high MMR players then abuse the MMR differential to promote the low MMR players to ranks at which they do not belong. Unfortunately, no specifics were provided, but it is comforting to know that the development team is aware of the issue and is working to strengthen the Ranked Flex queue.

There was also talk about Challenges, which are rumored to be released with Patch 12.9. To learn more about Challegnes, see this article. Whether it’s via snatching objectives or landing Snowballs in ARAM, it’s a chance to show off your abilities (beyond Rank).

The status of the Ranked Queue was then discussed. The autofill rate in the solo/duo queue is quite low, hovering between 0.5 and 3%. The average player spends less than two minutes in the queue, and 99 percent of participants play matches against opponents within two divisions of their own rank or lower.

On the other hand, it’s not all good news. Autofill and secondary role probabilities are influenced by the MMR of premade pairings, and can be increased by as much as twofold when the MMR is unbalanced. The wait duration for these premades is increased by ten seconds, and their victory rate is unpredictable. While the Solo/Duo queue is as strong as it can be, the Ranked Flex side of things is not looking so good. Wait times for parties of three are on average seven minutes, and there are more disparities in team performance based on division.

There are too many groups of three players who want to play together but not enough players of one or two to form parties. These groups can’t form since solo and two-player players can always switch to a different game mode. Consequently, this can cause matchmaking envelopes to swell to the point that waiting periods and expected quality no longer jibe.

In addition, the problems we have with making quality matches for our most popular premade size amplify the effect of disruptive actors in the queue, such as boosters (who queue as duos with their boostee) and account sellers (who queue as solos), leading to an unhealthy queue overall, particularly at the top.

League of Legends developers are looking into a “Solo Only” mode to address these issues. We’re rethinking Single/Duo and looking into a future where solo players play in solo queue and premades play in Ranked Flex or Organized 5’s modes to better reflect player intent and give the healthiest competitive individual queue possible.

The benefits of switching to Solo Only were discussed, with players noting shorter queue times and reduced autofill and secondary role rates. It will also be impossible to use duo boost, which will help level the playing field across teams. For 99 percent of players, the MMR gap between teams and the MMR on a given team should be no more than one division during peak hours.

Instead of grinding for experience through actual gameplay, players can advance through League of Legends’ ranks considerably more quickly than their competitors can by purchasing solo elo boosting instead of duo boosting.

More players in the Ranked Flex line means shorter wait times and better matches. The team concluded as follows: “All that said, we obviously want to be confident that our duo population, which is rather big in size, can still find a competitive environment before making any large modifications to the current systems. This necessitates renewed resources for our anti-cheat team to ensure the integrity of the Ranked Flex queue and the discovery of an organic bridge between Solo and Ranked Flex/Clash.”